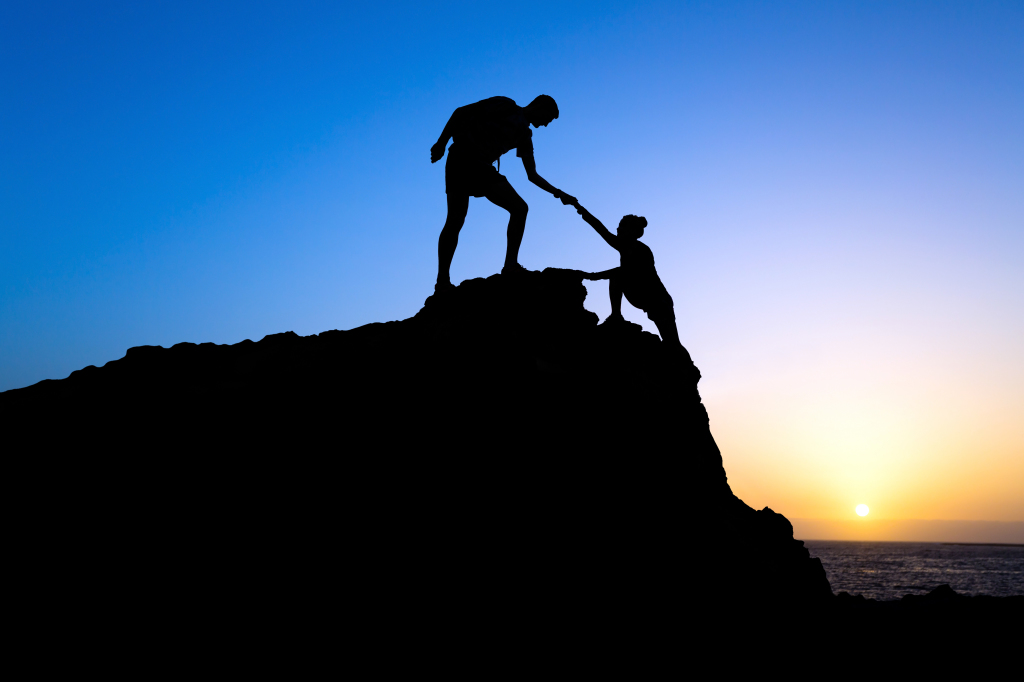 Watching Usain Bolt giving every appearance of cruising to yet another Gold medal, it’s tempting to think, ‘He makes it look so easy.’

Well, most of us are never likely to be an Olympic, Commonwealth or World champion but there are still valuable lessons we can learn from his approach.

Because behind the superstar is Team Bolt, all working to improve the Jamaican sprinter’s performance and reinforce his will to win. In listing his team on his website, Bolt concedes that he is better with a support network around him than he would be without. A key member is his coach, and the pair are pictured arm in arm on Bolt’s website.

Bolt has been coached by Glen Mills since 2004 and credits Mills with being a major factor in turning the talented junior into the World’s Fastest Man.

Bolt describes Mills as someone who guides him both on and off the track. He says: “He is a guiding light in my career and he has shown me the way to improve myself both as a person and as an athlete.”

In business as in sport, being the best and reaching your real potential takes teamwork. So do you have a coach? Who is your guiding light?

Your first port of call might be your non-execs, or perhaps you have a virtual advisory board: an exercise where, when you’re hesitating over a difficult decision, you think, ‘What would role model do about this?’ or ‘How would Steve Jobs have reacted?’

The executive coach in your team

It might be a mentor, or your best friend. Someone who is on your side yet can be trusted to be honest (ouch!) about you when you need it. It could be that the answer is an executive coach.

Although executive mentoring and coaching focuses on the business side of your life, the benefits go much wider. Once our clients realise what they can do about one aspect of their life – the improvements they can make, the behaviours they can change – they get clarity about what to do in others.

We love seeing the change in our executive coaching clients, and it is so rewarding to hear from a senior executive, for example, how as well as performing better at work, he is also now able to communicate more effectively with his teenage children! Why? Because as a result of our business coaching sessions, he has learned how to listen to them, to ask the right questions and find common ground. Happier in the office. Happier at home. Fantastic!

If you would like TXG executive coaches on your team, call us today and let’s have a conversation.