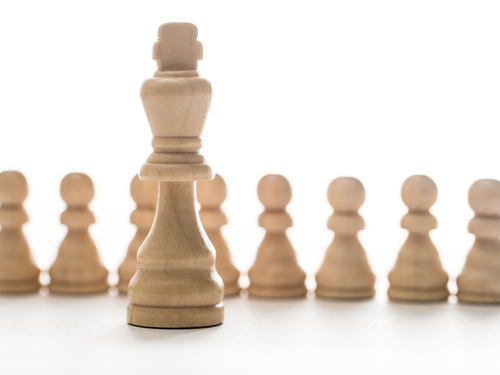 The first follower theory was first introduced by Derek Sivers in a TED talk in 2010.  He showed a video of a lone dancer on a hill, surrounded by many other people attending a concert.  At first, the lone dancer is looked upon as an outlier and was ignored but when a second person stood up and joined in, there was a change in the dynamic so rather than this being a loner displaying faintly uncomfortable behavior, with a second person joining him, the dancers became more interesting.  They were soon joined by a third person and the video shows how fast it is that those who are dancing become the norm and those still sitting down are the ones not entering into the spirit of the day.  The first follower is the person who definitely helps create the tipping point moving a new possibly threatening or uncomfortable idea to becoming something worthy of consideration.

I have come across this TED talk before but this week was the first time that a coachee mentioned that as a CIO who specializes in transformation projects, his aspiration as a leader is to create out of the box thinking and to have a team around him with people willing to consider being the first follower.

Do you have a team where it is safe to suggest more outlandish or ‘wacky’ ideas?  Are you willing to step out of the comfort zone when change is on offer to follow someone you feel has a good idea but needs support?  It takes a sense of confidence to become a first follower but there are few leaders who have succeeded with major change without inspiring this from those around them.   There really is no change without a first follower.